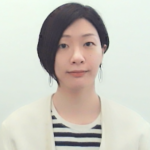 I am interested in how people perceive intragroup conflict and manage these to improve and maintain group performance as well as group harmony. In group decision processes, it is rare that individuals share the same opinions at the outset; for example, group members may have different interpersonal styles and thus experience conflict in performing the task or they may disagree about the nature of the desired outcome and the tasks that are required to achieve it.  I use both survey and experimental methods in order to explore the effect of these intragroup frictions and disagreements on group process and outcomes.

Another research interest is deliberations within saiban-in system.  The saiban-in (lay judge) system was launched in 2009 in Japan to give ordinary citizens a direct role in the criminal judicial process.  There, lay judges are selected separately for each trial and judge the case together with professional judges.  Since the system gives professional judges a power for the verdict in both explicit and implicit manner during deliberation, there is a doubt whether lay judges can practically participate in and actively discuss based on their own perspectives.  In order to investigate the effect of such expert power during deliberation, I usually set a simplified mock jury in a lab and observe how an expert and non-experts collaborate and reach consensus. Independent variables could be opinion distributions, forms of deliberation, experts’ opinions, etc.  Dependent variables are such as remarks during deliberations, trust towards experts, objective/subjective performances, etc.  I am also interested in how personal beliefs in a just world influence on these dependent variables. Studies are usually conducted with the support and cooperation of attorneys, a “real expert.”

3. Cross-cultural differences in relationship between justice reasoning and time recognition

I am currently starting new studies about cross-cultural differences in justice reasoning.

2001 B.A., Psychology, The University of Montana

2016-2017 Grant-in Aid for Young Scientists (B), Japan Society for the Promotion of Science

2013-2015 Grant-in Aid for Young Scientists (B), Japan Society for the Promotion of Science

2011-2012 Grant-in-Aid for Research Activity start-up, Japan Society for the Promotion of Science

Society for Personality and Social Psychology

Japanese Society for Law and Psychology